At 8:46 a.m. on September 11, 2001, hijackers crashed American Airlines Flight 11 into the north tower of the World Trade Center in New York City. Six minutes later, the first contingent of New York City firefighters—two ladder and two engine companies—had arrived at the stricken building. They had just begun to climb a stairwell in an effort to reach people trapped on the upper floors, when another hijacked airliner, United Airlines Flight 175, struck the south tower at 9:03 a.m.

The 9/11 attacks not only became the single deadliest terrorist attack in human history, they were also the deadliest incident ever for firefighters, as well as for law enforcement officers in the United States. The New York City Fire Department lost 343 among their ranks, while 23 New York City police officers and 37 Port Authority officers lost their lives, according to the 9/11 Commission that investigated the attacks and emergency response. 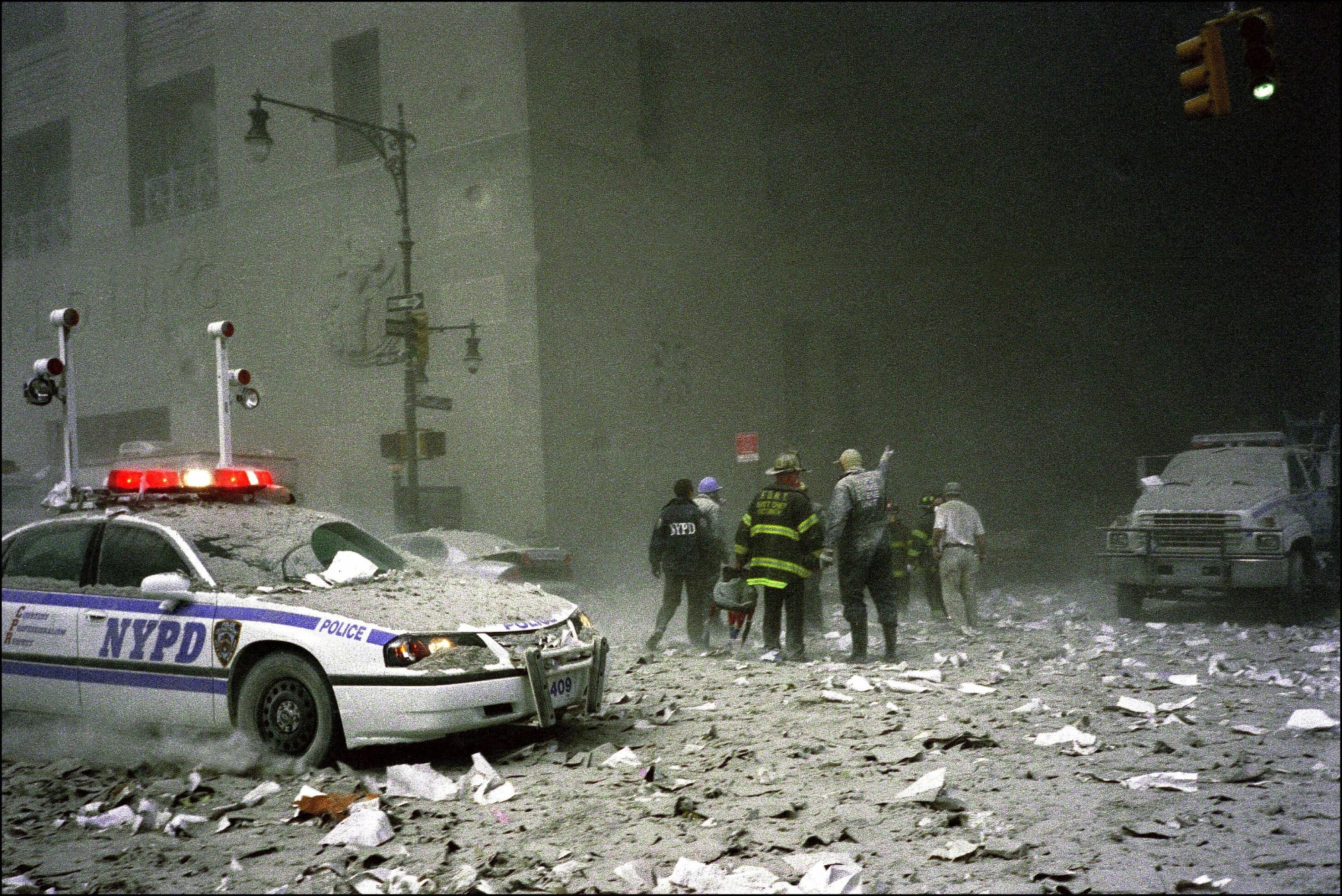 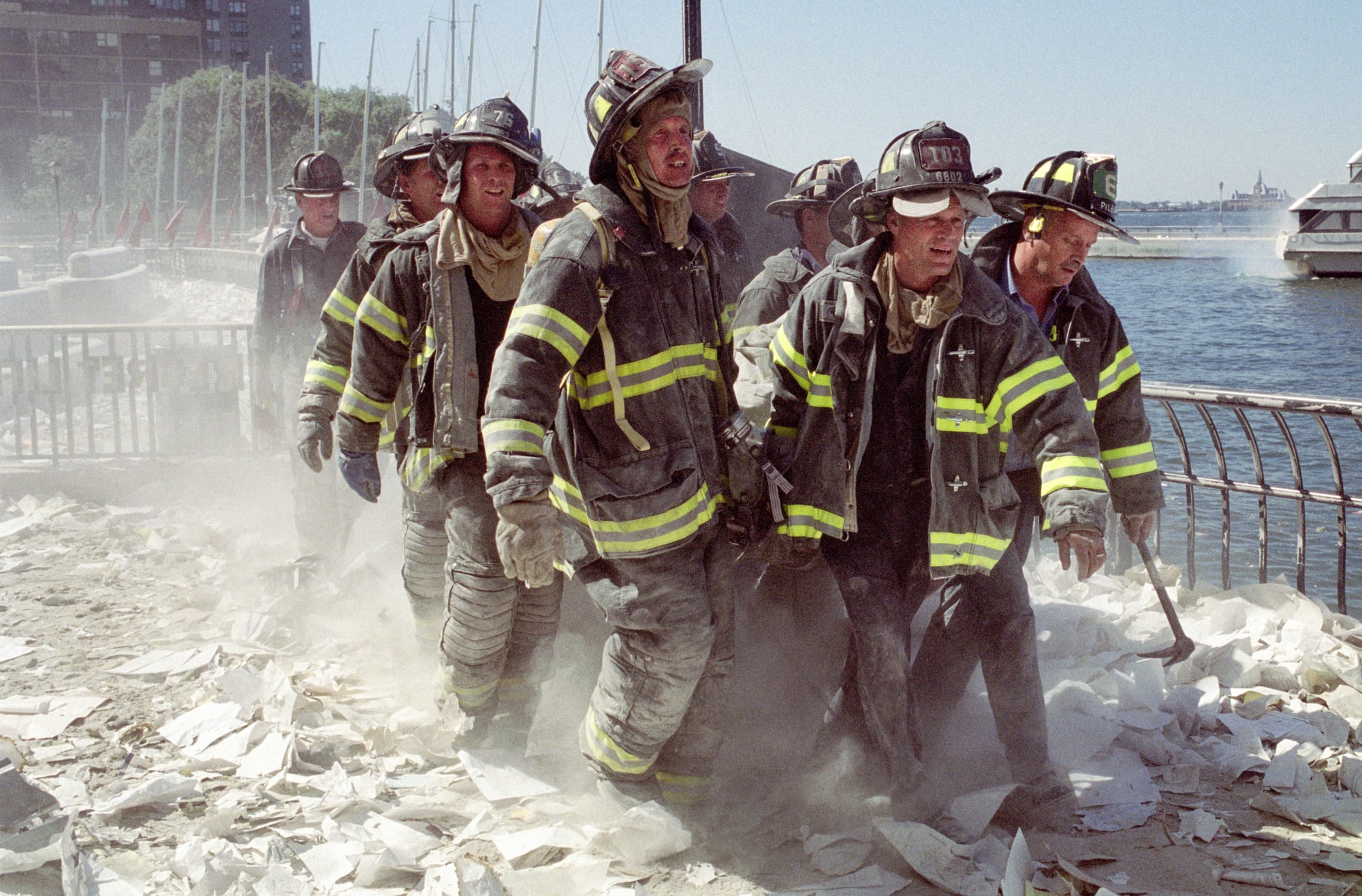 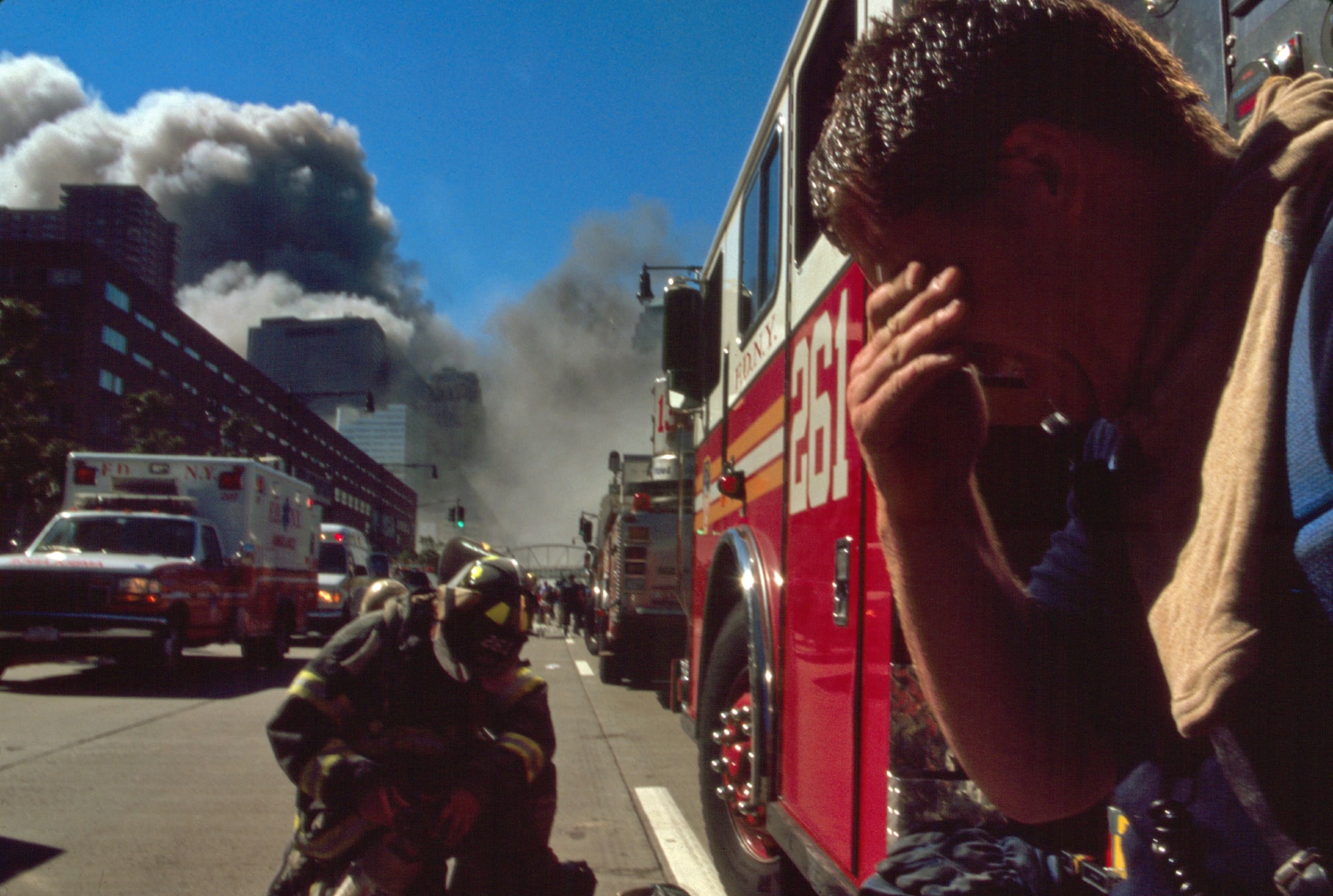 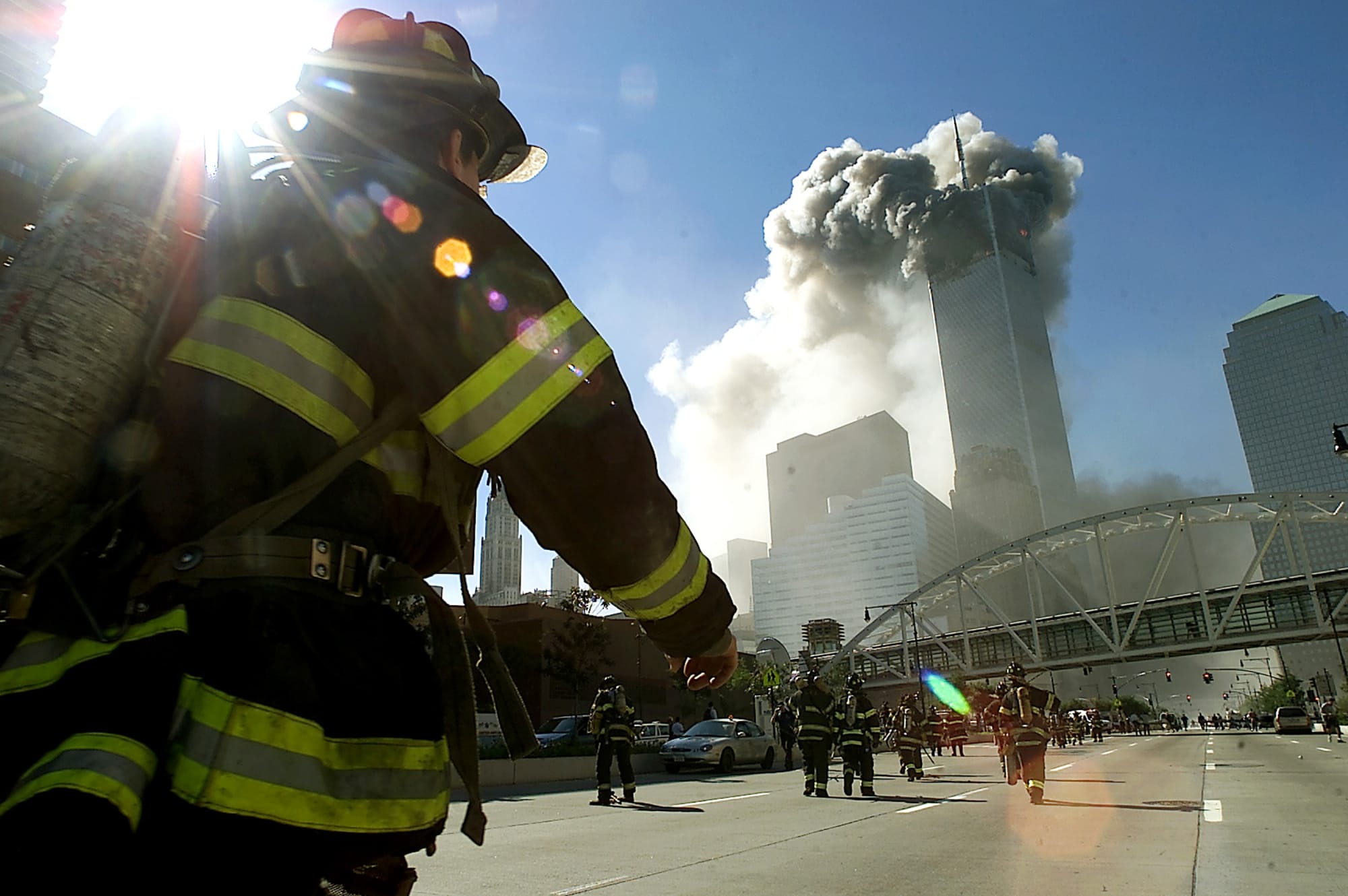 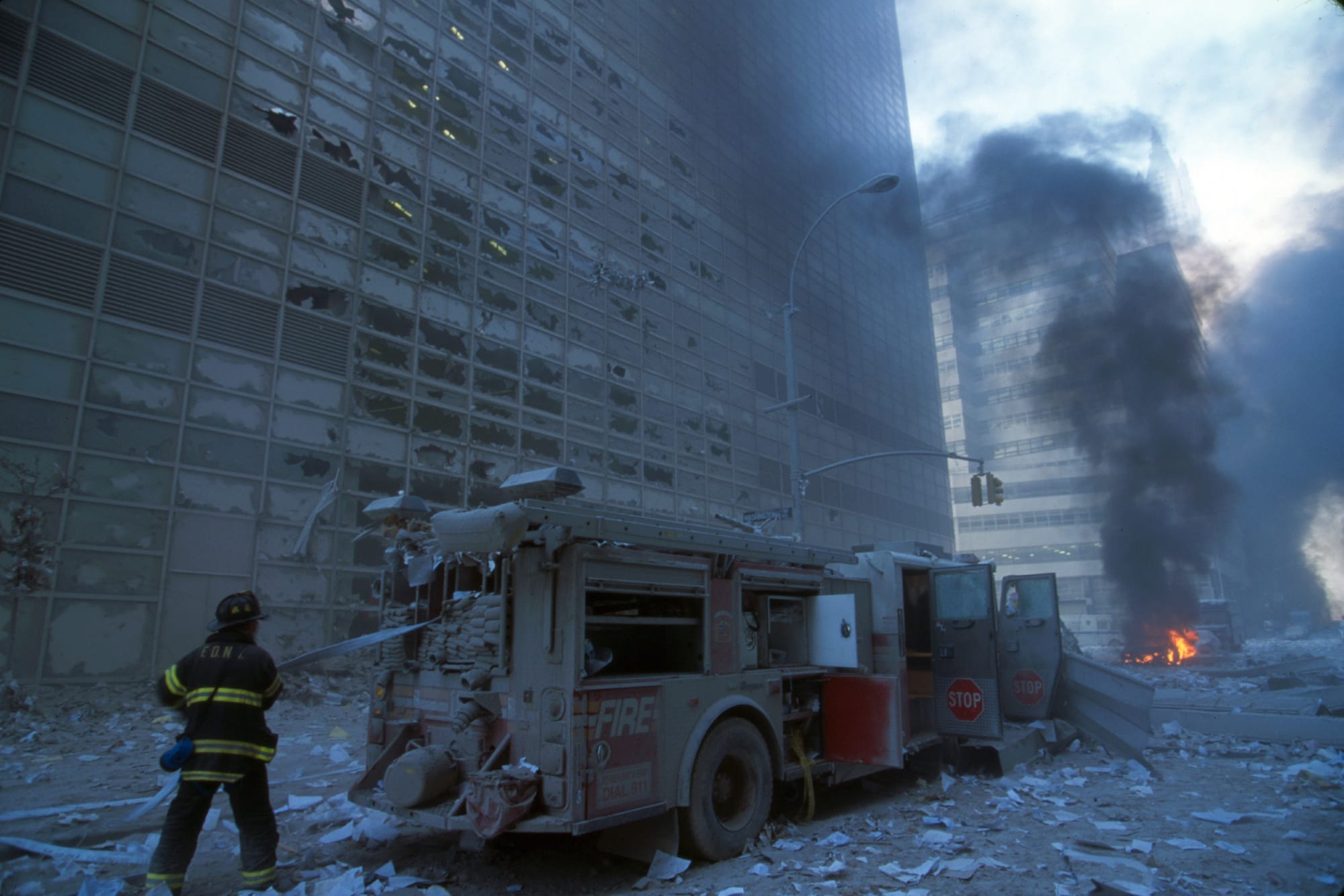 "We had a very strong sense we would lose firefighters and that we were in deep trouble, FDNY Division Chief for Lower Manhattan Peter Hayden later told the commission. “But we had estimates of 25,000 to 50,000 civilians, and we had to try to rescue them.”

On the ground, fire department officials quickly realized that there was no hope of controlling the blaze. Instead, they focused on the desperate mission of evacuating the office workers who were inside the two massive buildings. Though they surmised that the twin towers had suffered structural damage and the fire-suppression systems might have been rendered inoperable, they had almost no solid information about the situation inside. So the firefighters rushed into the unknown.

But probably no one realized just how bad it would be. Among the 2,753 people killed at the World Trade Center site on 9/11, 343 were FDNY fatalities. That somber figure far surpasses the 78 lives lost in the next biggest catastrophe for firefighters in history, an Idaho forest fire back in 1910. The 9/11 FDNY deaths amounted to more than a third of the approximately 1,000 emergency personnel at the scene, according to the National Institute of Standards and Technology’s final report on the World Trade Center attack. According to the Federal Emergency Management Agency, two of FDNY’s fatalities were emergency medical technicians, and the remainder were firefighters.

Nearly two decades later, there isn’t an official account of precisely where firefighters were when they died. But a 2005 New York Times analysis, which was based upon eyewitness accounts, dispatch records and federal reports, suggests that roughly 140 firefighters lost their lives in or around the south tower, while around 200 died inside the north tower or at its base. NIST estimated that about 160 firefighters were outside the two buildings when they met their deaths, probably from being struck by pieces of the buildings.

The first fatality occurred at approximately 9:30 a.m., when a civilian leaping from the south tower struck firefighter Daniel Suhr, according to the 9/11 commission report and an oral history interview with FDNY Captain Paul Conlon, who witnessed it. “It wasn’t like you heard something falling and could jump out of the way,” Conlon recalled.

Climbing the stairs clad in heavy protective clothing and carrying equipment was a grueling task, even for physically-fit firefighters. Exhaustion quickly set in, and some became separated from their units, according to the national 9/11 commission’s report. To make things even more difficult, radio communication became difficult as they ascended higher inside the buildings, whose steel frames and steel-reinforced concrete interfered with the signals. “When attempting to reach a particular unit, chiefs in the lobby often heard nothing in response,” the 9/11 commission report noted.

But even without those vulnerabilities, there would have been no way to prepare for what happened at 9:59 a.m., when the south tower suddenly disintegrated, collapsing into itself in just 10 seconds. There was no time to flee, and the collapse killed all the firefighters and emergency personnel inside the building, according to the 9/11 commission report. After being crushed under a mountain of rubble—250,000 tons of steel, concrete and furnishings—some of their bodies weren’t recovered until months later.

Pictures of firefighters who died in the September 11 terror attacks are displayed inside St. Paul's Chapel across from the World Trade Center site on September 10, 2011 in New York City, ten years after the attacks.

About a minute later, FDNY officials, realizing that the north tower might soon collapse as well, got on the radio and issued a command to all firefighters in the north tower, telling them to evacuate. But with the breakdown in radio communication and the confusion of the disaster, some firefighters didn’t hear the evacuation order, according to the 9/11 commission report. Many who weren’t near windows didn’t even know that the south tower had collapsed, even though they had felt the powerful jolt and the rush of wind pushing the debris cloud up into the north tower.

Without a sense of the impending peril they faced, firefighters inside the north tower who heard the command didn’t uniformly respond and get out of the building as quickly as they could, according to the 9/11 commission report. Some units delayed their own evacuations to help civilians who were having trouble getting out, while others lingered to look for other firefighters so they could descend together. Others stopped to rest on the way down.

READ MORE: How the Design of the World Trade Center Claimed Lives on 9/11

But once five FDNY companies reached the lobby of the north tower at 10:24, another problem developed, according to the 9/11 commission report. There weren’t any chiefs waiting for them, so they stood for more than a minute. Finally, one firefighter who had seen the south tower’s collapse from a window told the rest that they should leave. But before they all could get out of the lobby, the north tower began to collapse at 10:28 a.m., killing some of them.

Among those who died on the outside of the north tower was Chief of Department‚ Peter J. Ganci, FDNY’s highest-ranking uniformed officer, who was working the radio and commanding rescue efforts. Just moments before, he had spoken with then-mayor Rudolph Giuliani, according to the New York Times.

Though the FDNY paid a terrible price that day, firefighters’ heroic efforts undoubtedly saved thousands of lives. As it turned out, far fewer people were in the towers that day than feared—an estimated 17,400, according to NIST—and 87 percent of them were safely evacuated.

Be Prepared to Stay Safe and Healthy in Winter Guilford Firefighters Rescue Man Who Fell Down A Well

The History Behind International Firefighters Day May 4